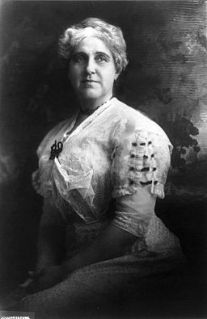 A Little About Jane Delano:
Born to parents George and Mary Ann (Wright) Delano. Father died from yellow fever while serving in the Civil War.

In 1886, Delano graduated from the Bellevue Hospital School of Nursing in New York City.

In 1891, Delano became superintendent of nurses at the University Hospital in Philadelphia.

Delano attended medical school in Buffalo, NY for a brief time, but left after deciding that she didn’t want to be a physician.

In 1902 – 1906 she worked at the Training School for Nurses at Bellevue Hospital where she was the superintendent.

Although beyond the maximum age to sign up for the Nurse Corps Reserve, Delano and two others, Anna Maxwell and Mary Gladwin, were accepted. These women never listed their age on the application form.

Delano’s plan to make the Red Cross Nursing Service the reserve for the Corps paid off and her idea recruited over 20,000 Army nurses during WWI.

Posthumously, Delano was awarded with the Distinguished Service Medal. She was also elected to the American Nurses Association Hall of Fame. Also the Jane Delano Student Nurse Scholarship is available to nursing students who are affiliated with the American Red Cross.

Jane Delano died due to mastoititis at the age of 57.