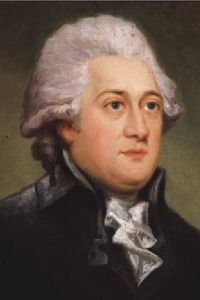 Famous For/Known For: Activist who spent most of his life fighting against slavery/slave trade.

A Little About Thomas Clarkson: Born to the local schoolteacher  and minister.

In 1785, while Clarkson was attending Cambridge University he decided to enter a writing competition. The essay was to be written about whether it was lawful to make slaves of others against their will.

Since Clarkson didn’t know much about the ways of slavery and slave trade he began to read extensively on the subject. He was awarded 1st prize for his essay.

Clarkson, who had been ordained as a deacon in 1783, believed that he received a direct revelation from God to devote his life to abolishing slavery.

In 1787, he founded the group,with Granville Clark, the Society For Effecting the Abolition of the Slave Trade.

Clarkson travel all over Britain gathering information and evidence from slave ships, such as leg shackles and branding irons in support of the abolition of the slave trade.

He also bought samples of beautiful and exotic products that were made by Africans and stored them in a large box. At his public meetings he used the goods as a visual aide hoping the people would see, instead of slavery, an alternative human trading system.

In 1808 Clarkson published the book, History of the Abolition of the African Slave Trade.

In 1833 the Slavery Abolition Act was passed giving all slaves in the British empire their freedom.

Thomas Clarkson died at the age of 86.